SAVE with our special Buy One Give One Offer!

Gift it to your training partner and get to work!

This limited offer expires soon. So jump on board and join our movement!

Buy One Give One!

FREE T-shirt to our first 10 members! 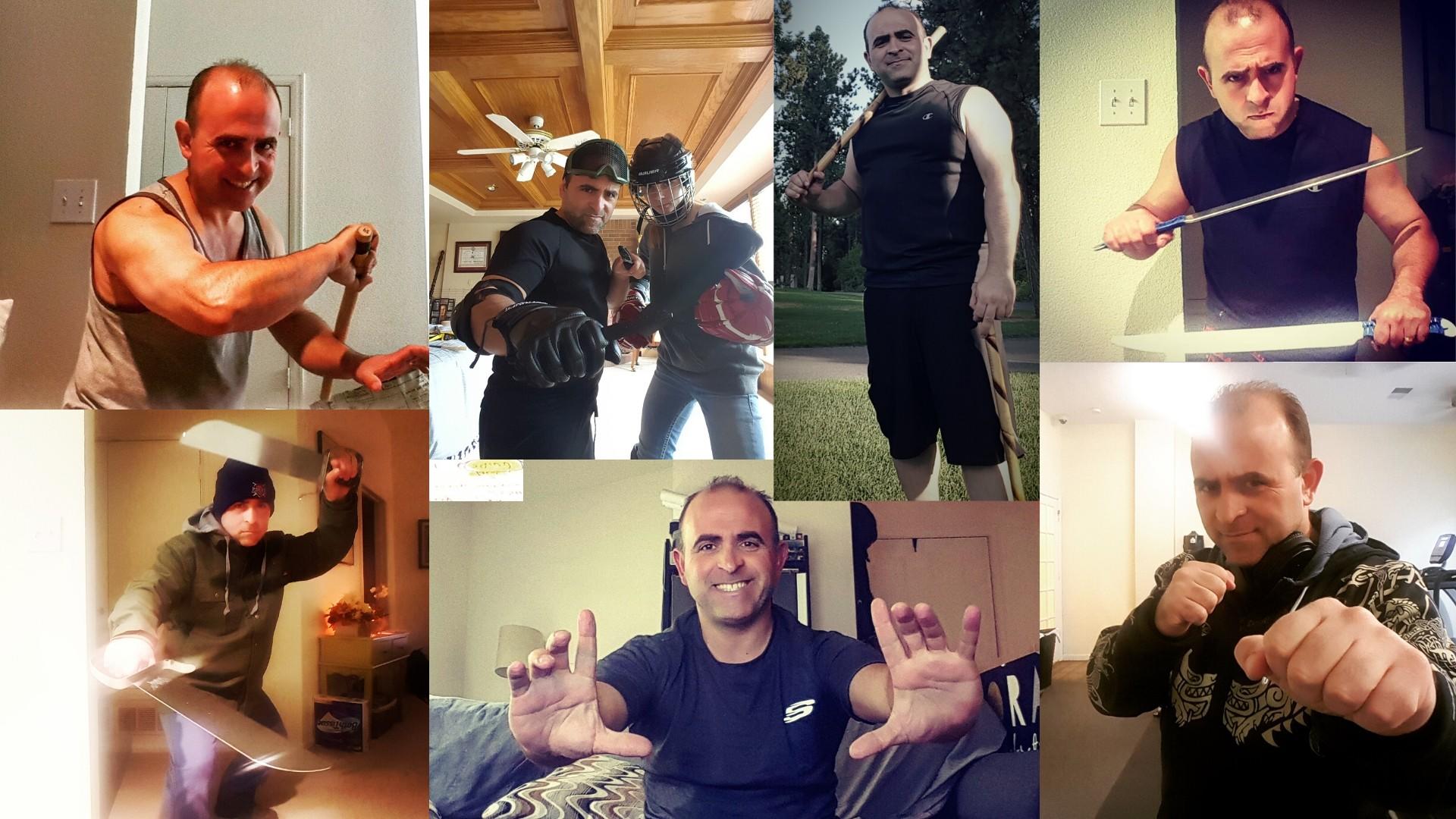 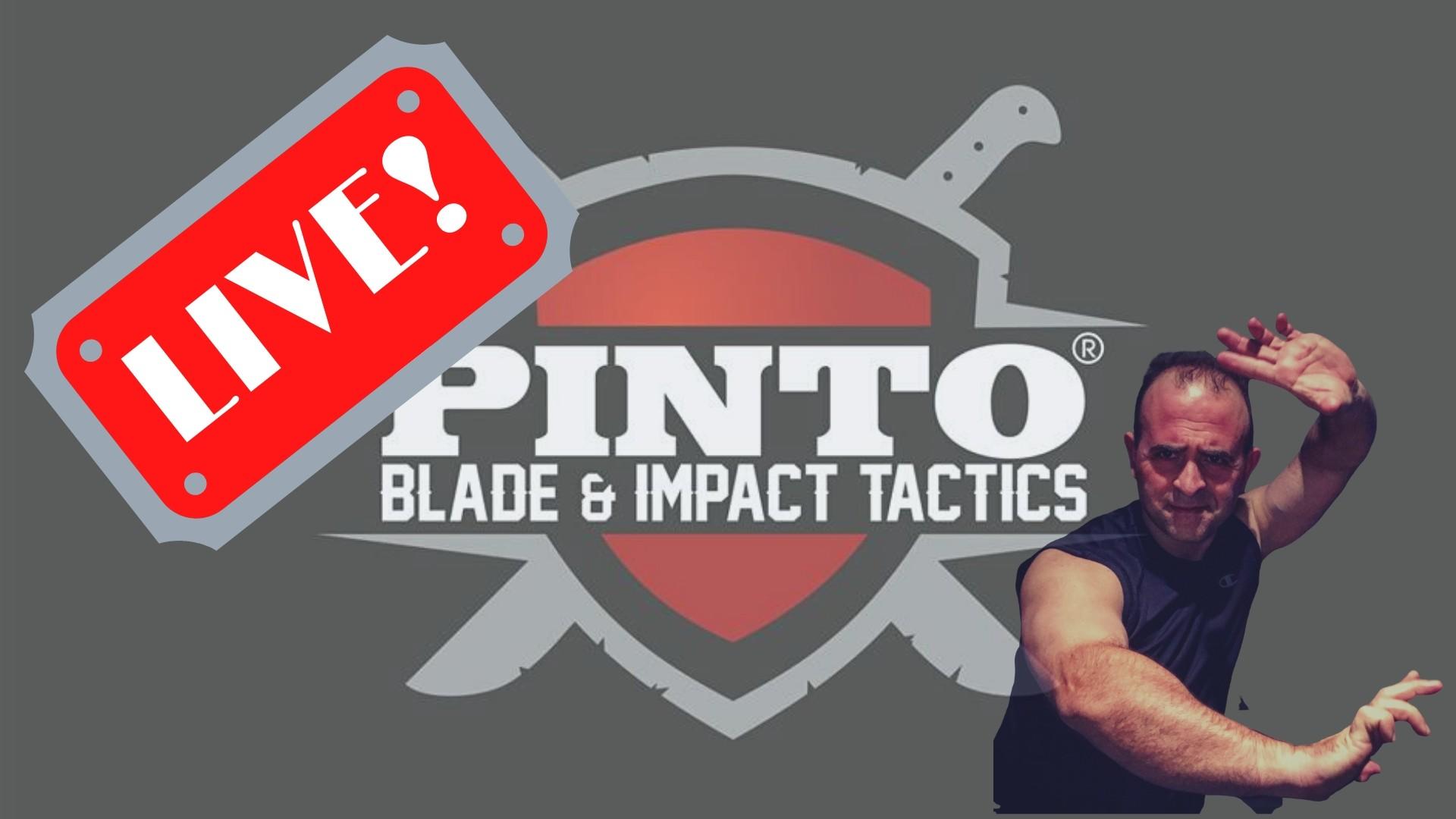 Connect with Nelson live online each month for continued training to enhance your abilities and fitness levels. 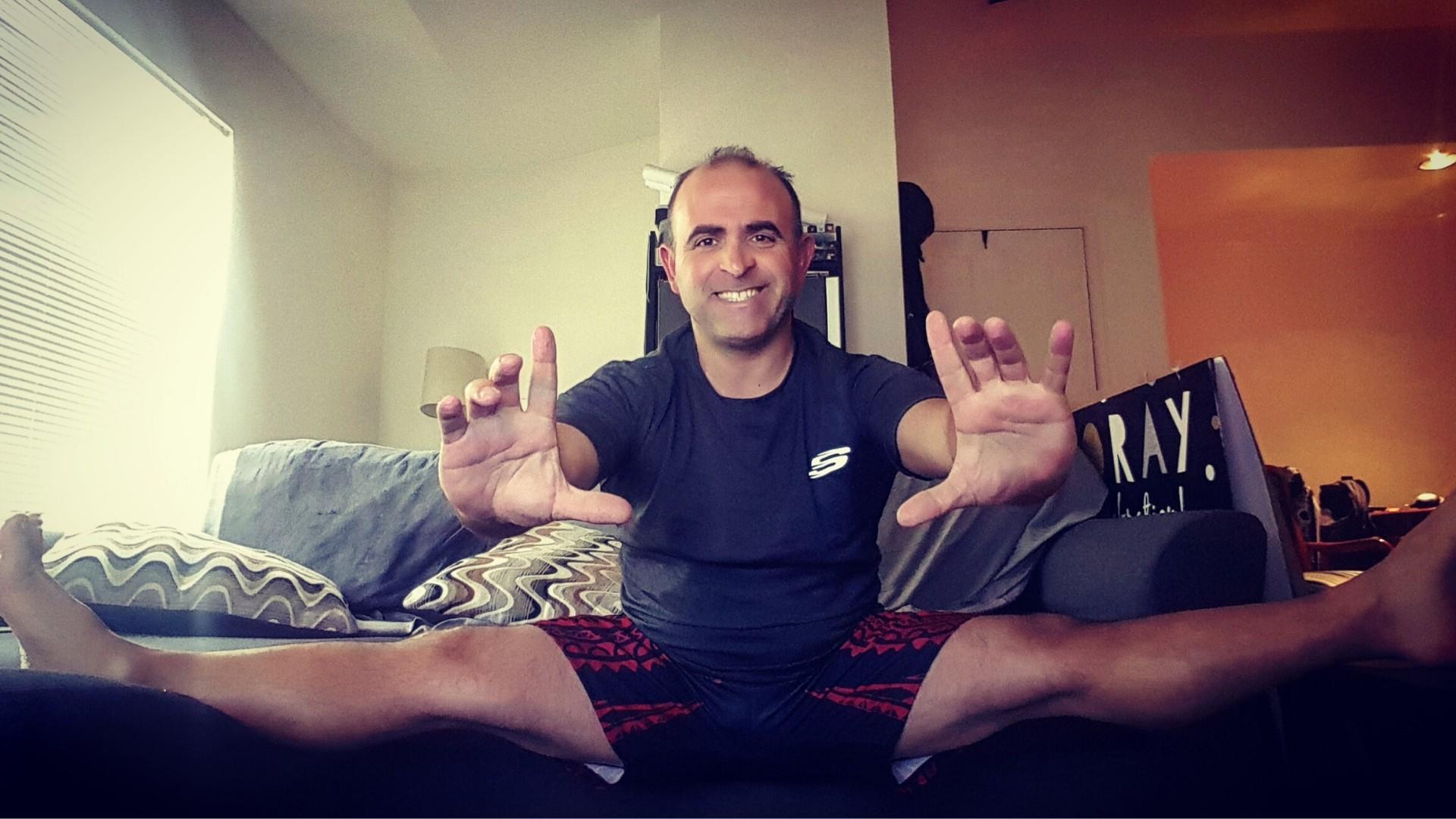 What People Are Saying About PBIT 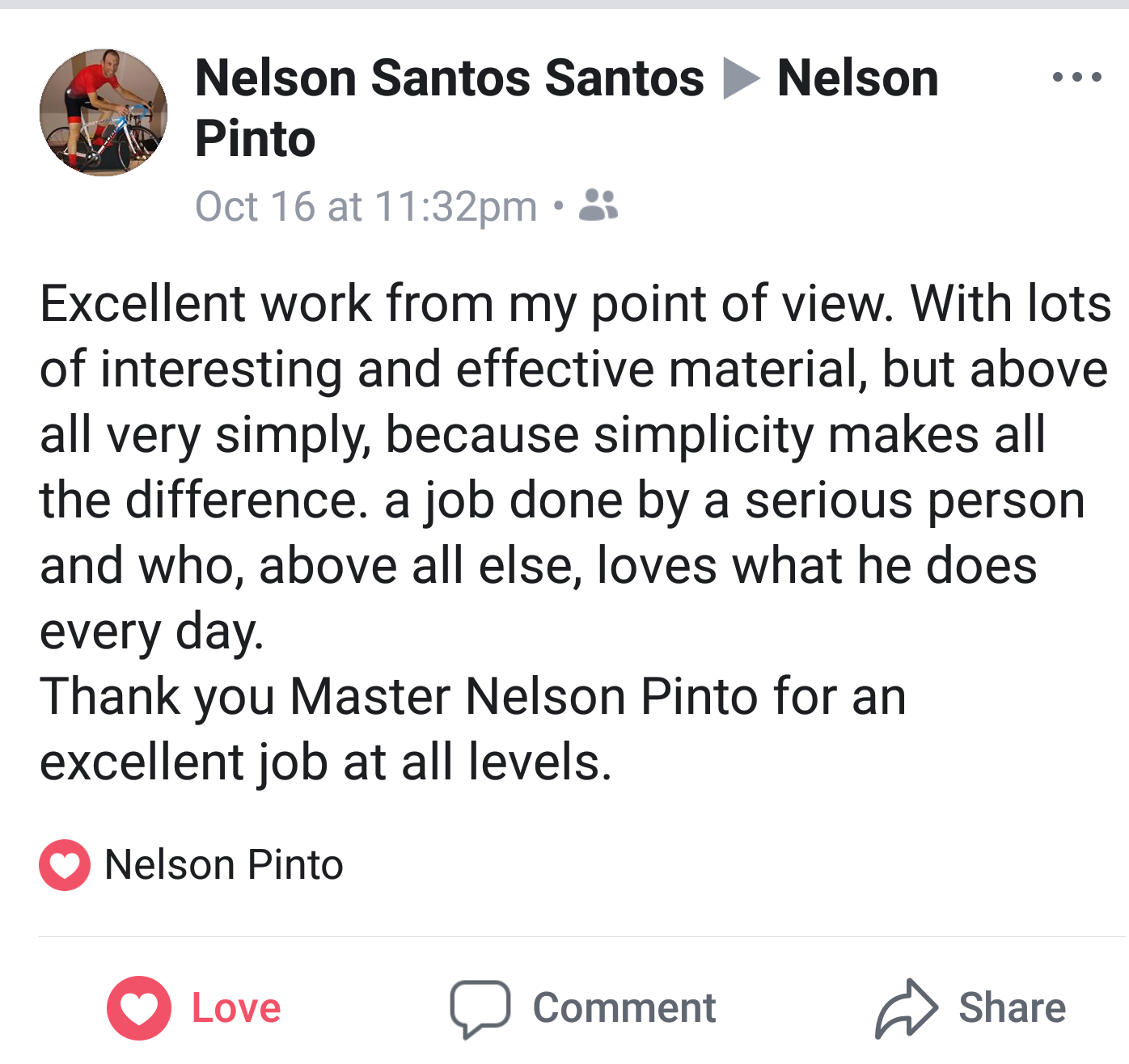 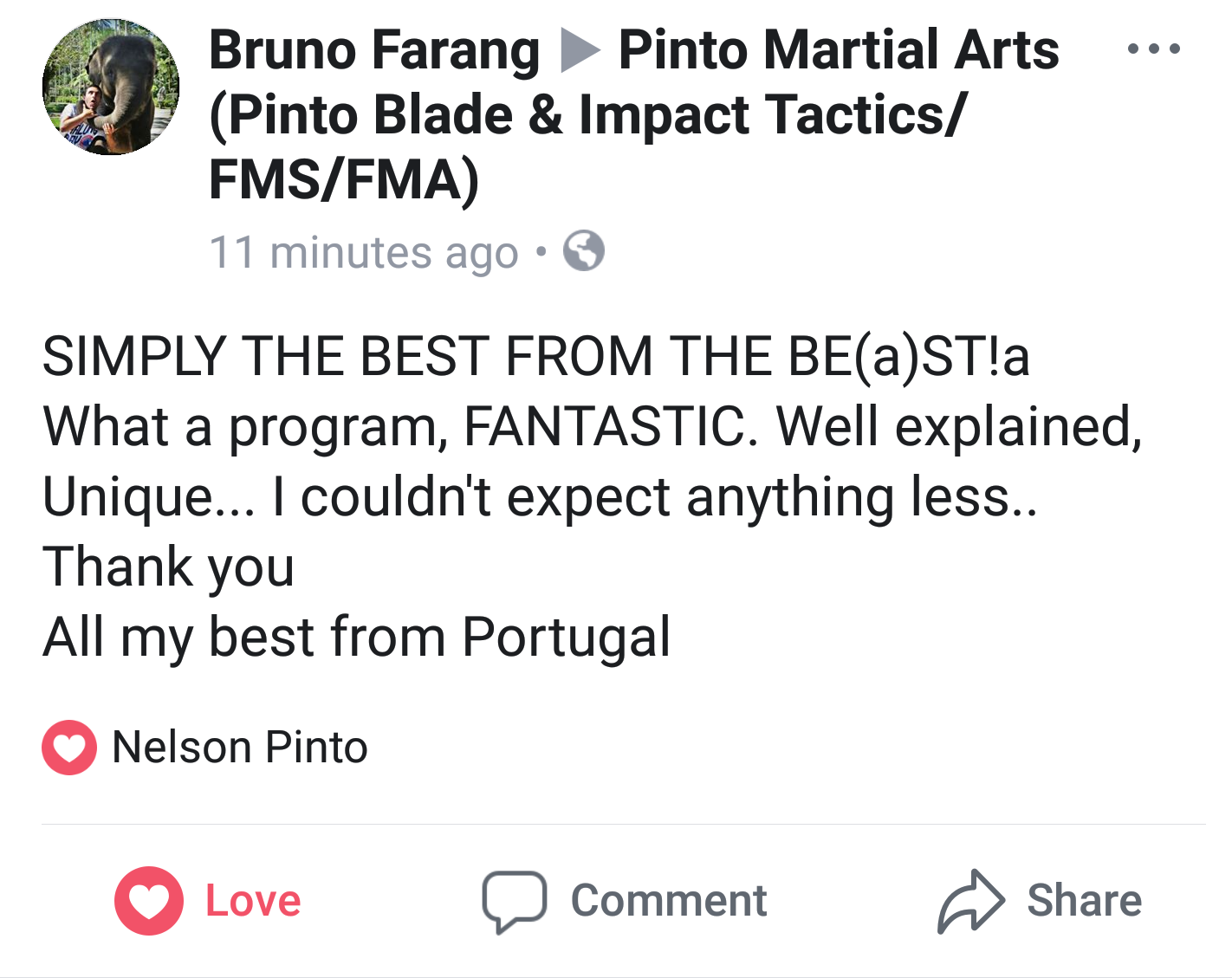 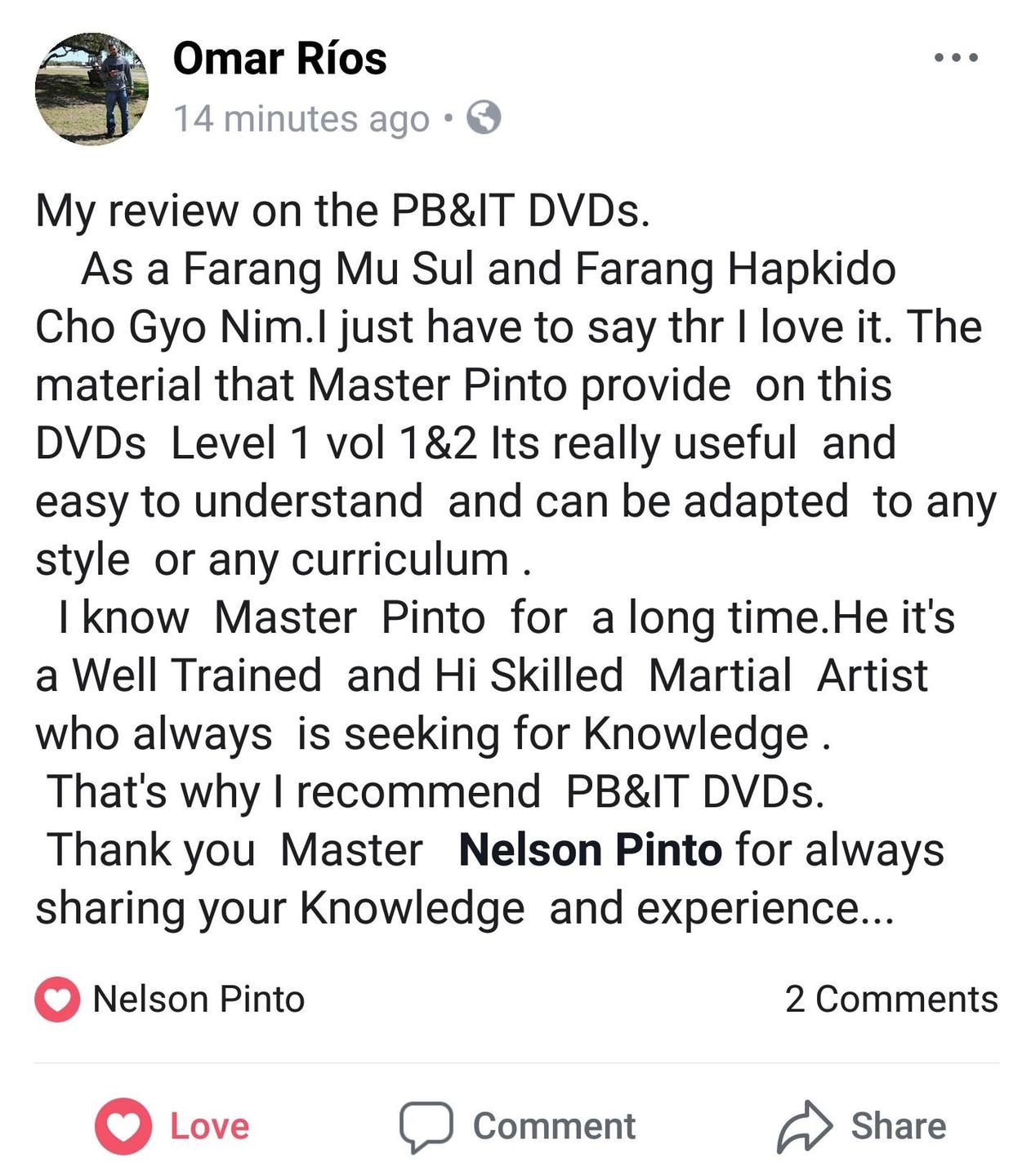 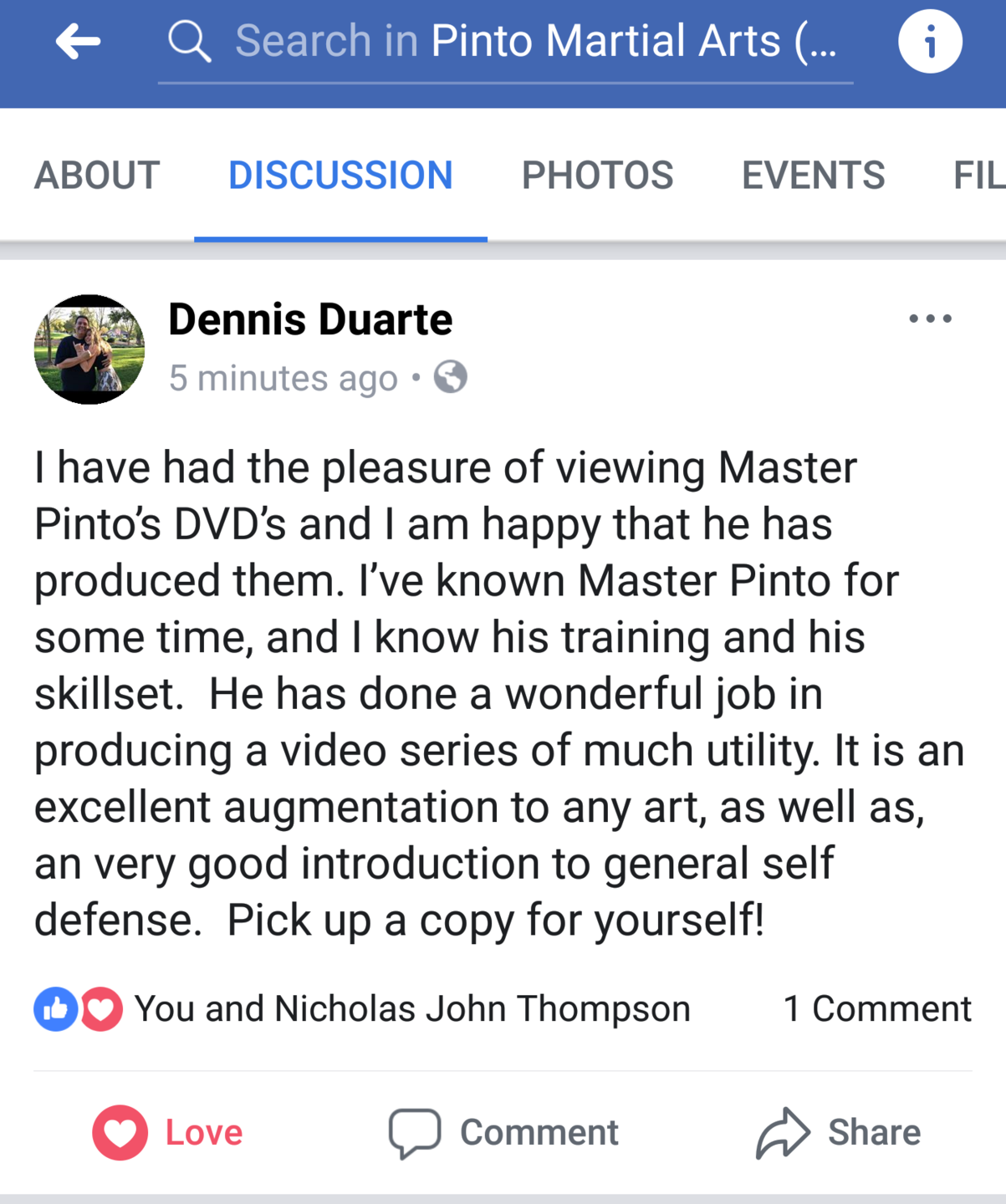 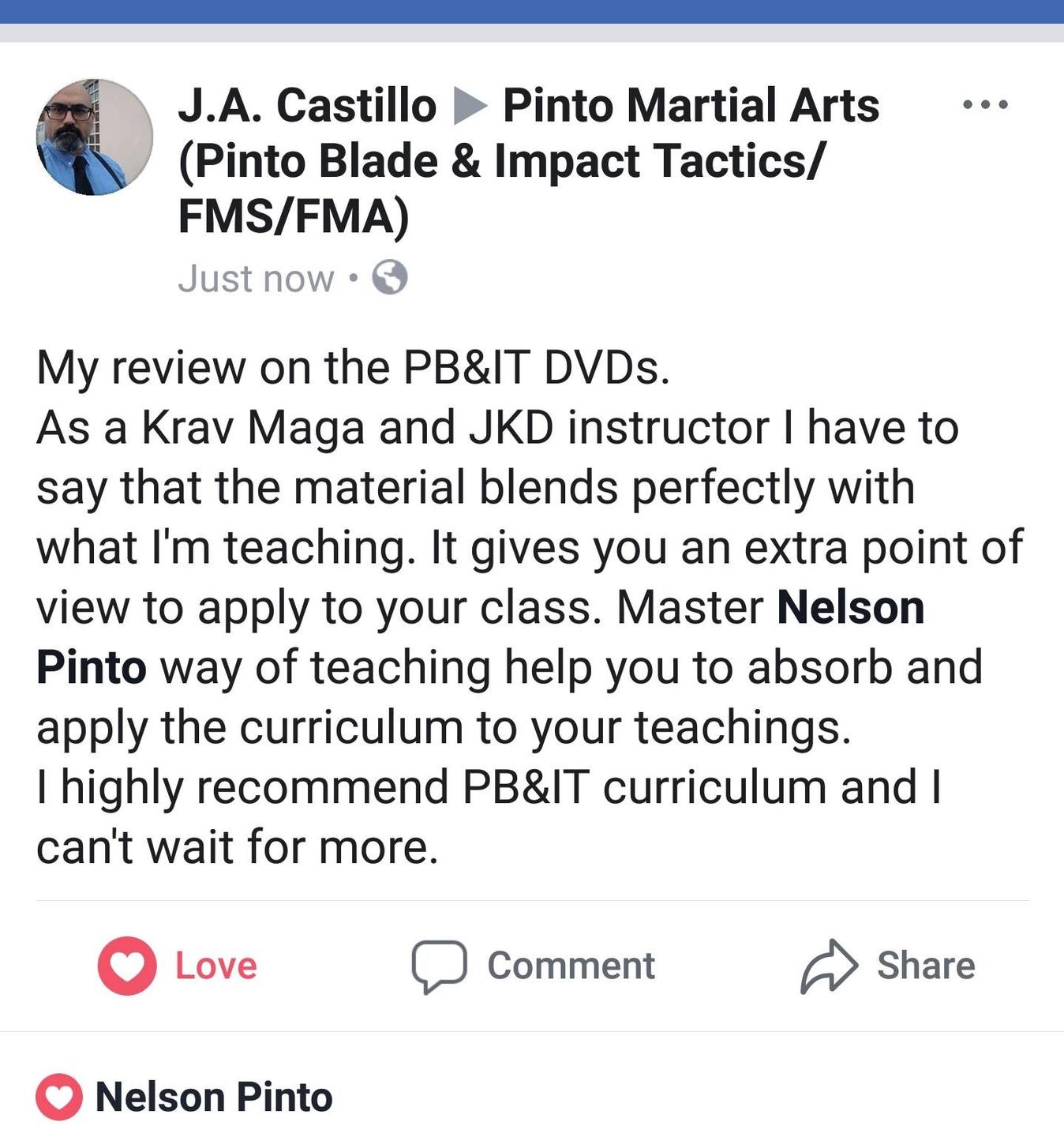 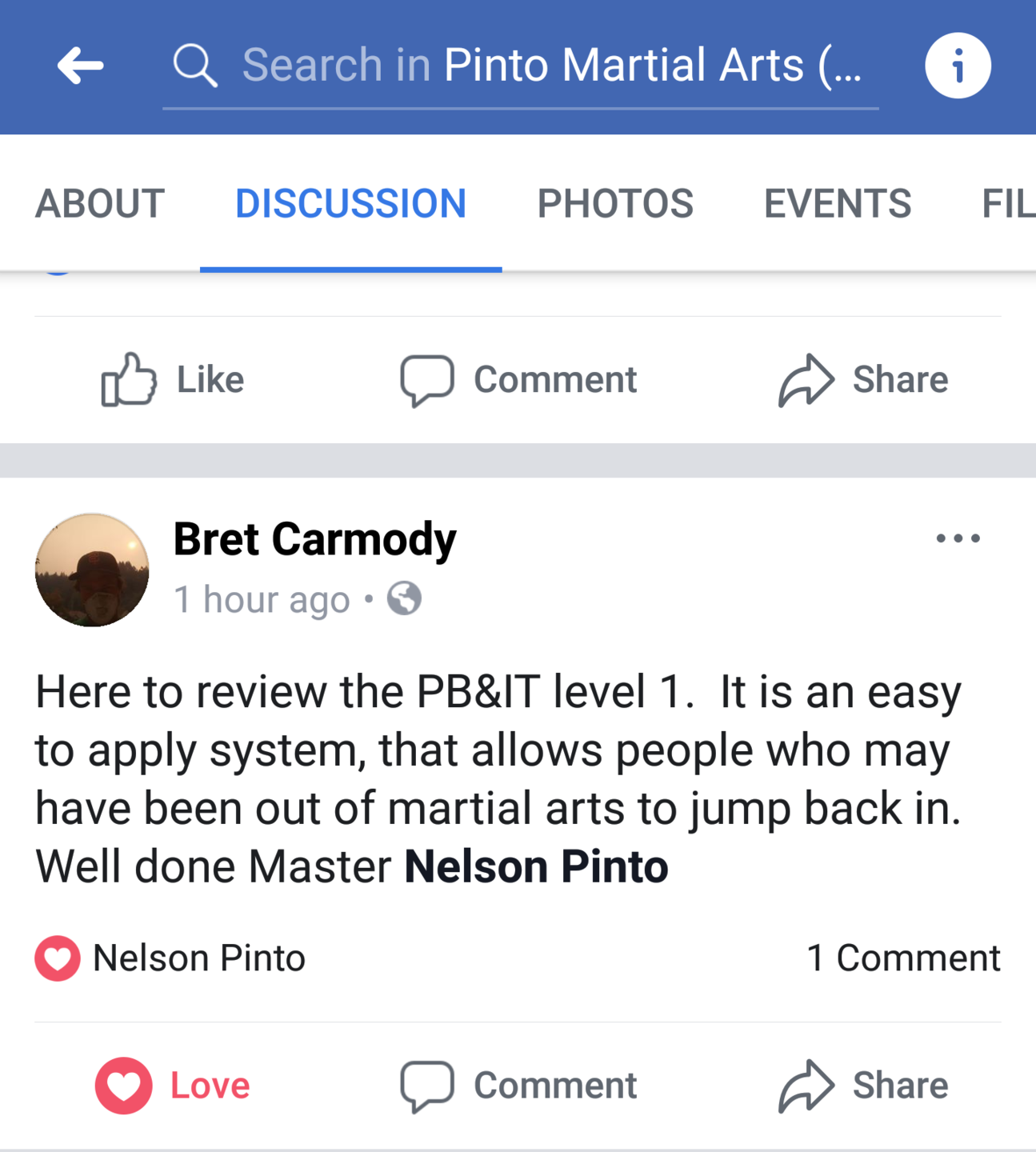 Buy One Give One!

FREE T-shirt to our first 10 members! 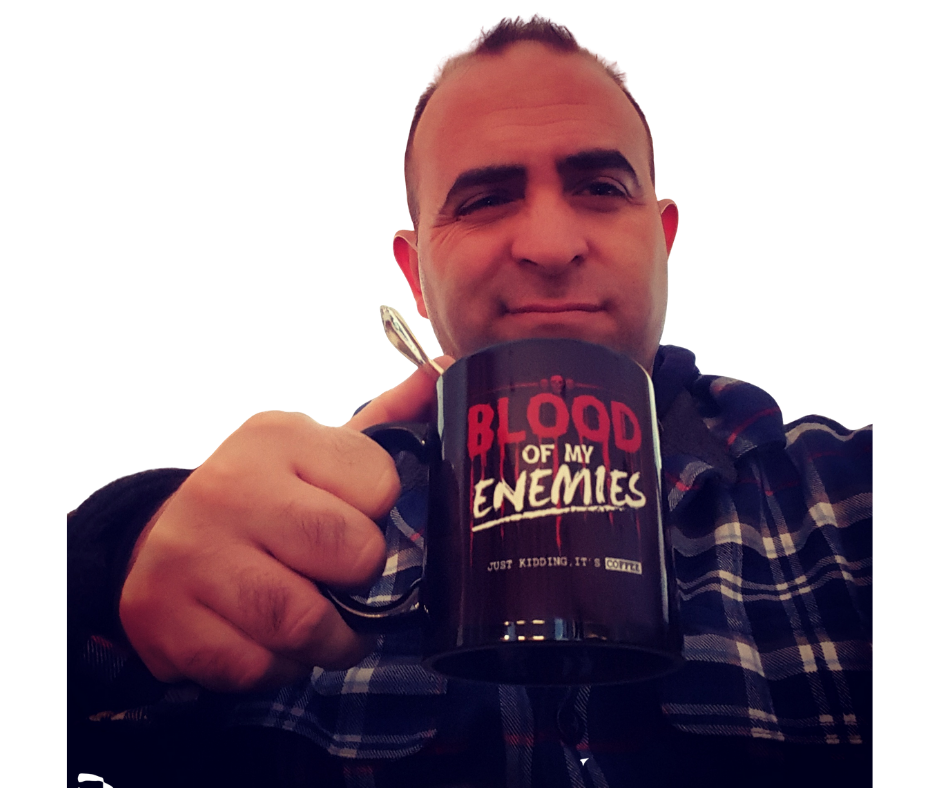 Master Pinto was born in Greenwich Village, NYC and raised in Portugal.

He achieved his 1st degree Black Belt in Portugal, under his Teacher Master Carlos Pedro (Taekwondo Contact & Muay Thai - boxing and kickboxing), and under the supervision of GM Chung Sun Yong 9th Dan of TKD.

He taught at his school in Portugal and implemented schools in Portugal, Russia, England, Brazil, Moldavia and USA. He has also taught seminars here and abroad to civilians, law enforcement and various military forces (Europe, Middle East, USA and Caribbean).

In addition to being a personal student of the Living Legends above, he has been trained by some celebrated Grand Masters of many martial arts.

He's known and respected for his efficiency, speed and explosiveness of execution. He is an expert in several areas of self-defense, combat and weapons.  He offers a practical and effective program, that makes him a complete martial artist, offering immense in his teaching to his students.

He has amassed awards for his martial art prowess and contributions to community, government and military entities, with appearances in mass media (TV, radio, international magazines and newspapers).

His training and studying is dedicated to achieve Perfection of Character and an Effective Self Defense. Master Pinto considers himself always a beginner, a student and leads his life based on this quote by his Teacher, Grand Master De Alba (Founder of Modern Farang Mu Sul):
"Because it far better to have the knowledge, not the need, than to have the need and not the knowledge"
Master Pinto lives in Colorado Springs, Colorado since 2018.
His goal, more that teach what he loves, he also wants to make the difference in the community teaching Self Defense skills and leadership.
Currently, he is the FMS Technical Director for Colorado State - USA, President of Fighting Martial Systems (FMS)-Alliance, member & adviser in IDCS (International De Alba System Confederation), member of World Kido Federation-Korea and member of MACS (Martial Arts Collective Society-USA).

What are you waiting for? Let's get to the Training!

*Buy one give one is limited to Annual Memberships.  We will contact you to get your partners information after you sign up. 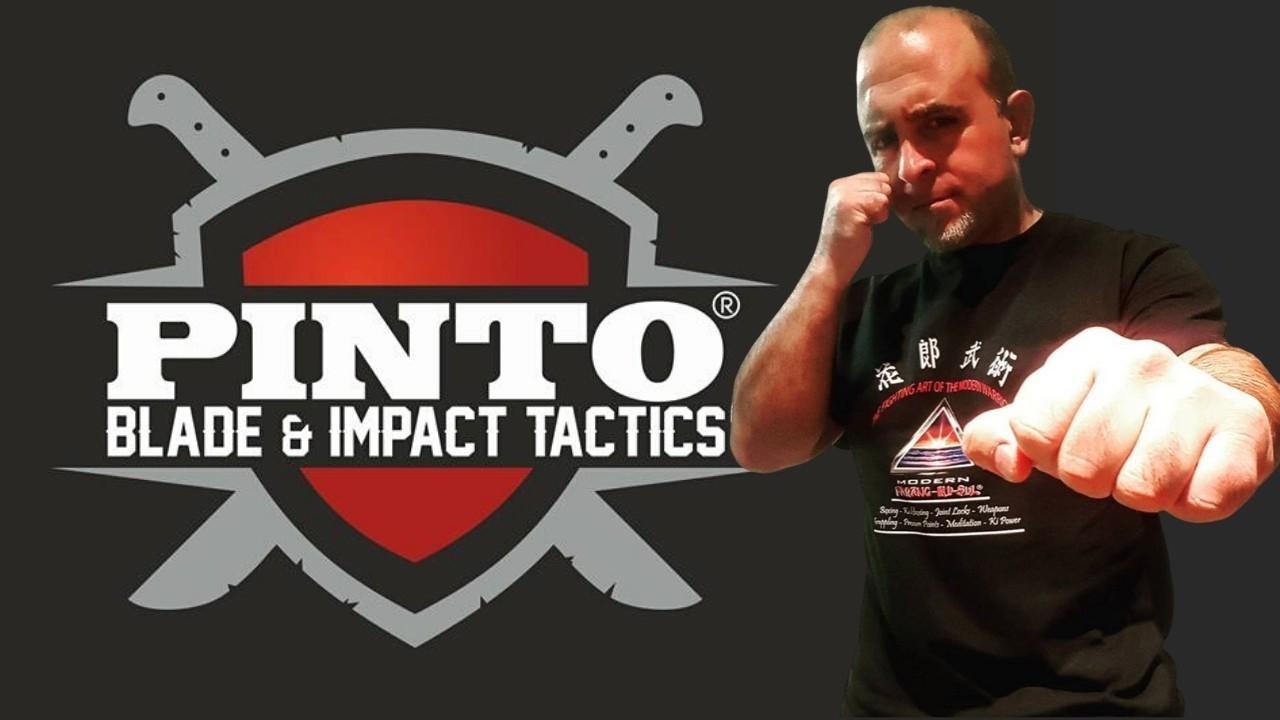 Join The Annual Plan and

Gift Your Training Partner For FREE!

Get started today before this once in a lifetime opportunity expires.